Fontal Trust Webinar: The house of all, the future of a new Constitution 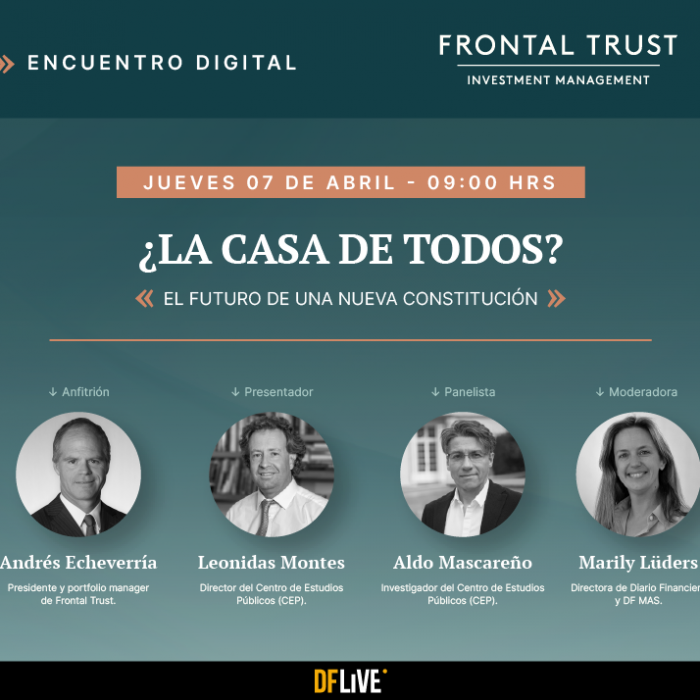 At the meeting, the political, social and structural transformations that the constituent work is promoting were discussed, using as a basis the study “Leave modernity. Speech and decolonial praxis in the Chilean Constitutional Convention”, prepared by the researcher of the Centro de Estudios Públicos (CEP), Aldo Mascareño.

On Thursday, April 7 Frontal Trust held another online event, called The House of All?, The Future of a New Constitution, in which Leonidas Montes, director of Centro de Estudios Públicos (CEP) and Aldo Mascareño, researcher of the same institution, analyzed how the Latin American left-wing ‘decolonial’ current – which seeks to impose local, particular, and indigenous peoples’ thinking, opposed to a liberal, progressive, modern, and more universalist view – has permeated a broad and solid group of about 60 constituents of more radical views, mostly independent and from the so called reserved seats.

Mascareño found that several initiatives of rules and concepts, such as plurinationality, rights of nature and of life, good living, among others, explicitly or implicitly reflect elements of the ‘decolonial’ current . Both experts stated that this ‘decolonial’ view does not only affect the liberal tradition, but also social democracy and even the traditional left, all daughters of modernity.

“As a result, the pragmatic structuring of political activity becomes more difficult resulting in an all-or-nothing logic, replicating confrontation rather than the generation of amodus vivendi,” said Mascareño.

As has become a tradition, this meeting was held in alliance with Diario Financiero and was conducted by its director, Marily Lüders, who after the presentation held a casual and relaxed conversation with Leonidas Montes and Aldo Mascareño, while also having the opportunity to answer questions of attendants.

Leonidas Montes was concerned about the impact that the ´decolonial’ current is having on the rest of the left and center-left blocs within the Constitutional Convention: “Decolonialism has acted as a magnet for the rest of the blocs, which have moved even further to the left… there had been talk of an experience like Portugal’s, but the radical decolonial left moves us much more toward Bolivia and Ecuador,” he said.

Montes added that the pivot of the Convention, with the capacity to reconcile positions and tilt the balance, is in the hands of Frente Amplio and the socialist collective, but he warned that “this pivot is fragile.”

Both agreed that the future it is uncertain and that it cannot be predicted, but they stressed that criticism of the Constitutional Convention process is already being seen from the left and center left themselves.

In his speech, the president of Frontal Trust, Andrés Echeverria, said that “At Frontal Trust we are totally committed to Chile. We want the country to do well, independent of the government or the constitutional process… that is why we will continue to send out a strong push for Chile on a path of development and growth so this is effectively the home of all”.